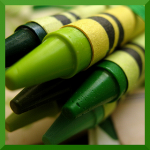 My love of Ghostbusters began with the televised showing of the original film when I was a child (my parents didn't really dig on going to the cinema). I grew up with The Real Ghostbusters cartoon and comics (the Marvel UK version) as an important element of my childhood. My next-door neighbour got a letter published in those comics asking how PKE Meters worked; I was both delighted and envious.

These days, I'm absolutely thrilled by the IDW Comics, and prefer the films to the cartoons and old comics (I haven't fully got through every episode of Extreme Ghostbusters... I was a little too old to admit to liking that sort of thing when it came out). I'm about to start embarking on running a Ghostbusters International RPG campaign, and have many, many plans in store for my players. I found this site while looking for detailed information about the two new videogames, which at least one of my players wants integrated into the game I'll be running.

At present, I'm going to be limiting most of my contributions to small edits, changing spelling mistakes and rewriting difficult sentences.

I've set my sights on cleaning up (and maybe later expanding) the Ghostbusters Role-Playing Game article.

Task 1 is making sure all content is entirely original, so the copycat tag can be removed. Progress: 100%

Task 2 is popping in an extra picture to brighten up the "Differences Between Versions" section. Progress: 100%

Task 3 is coming back with fresh eyes tomorrow and reading over the article again, rephrasing as needed and rewriting any awkward bits.

Task 3a is adding references, to be done alongside Task 3.

Retrieved from "https://ghostbusters.fandom.com/wiki/User:GreenCrayon?oldid=144444"
Community content is available under CC-BY-SA unless otherwise noted.