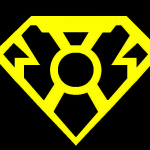 I like to Welcome you to the Ghostbusters Wiki! Thanks for your contributions.

A few tips for this wiki:

Please leave a message on my talk page if I can help with anything! Devilmanozzy

Anyways, on the Ray Stantz page you spoke of the Novelization of Ghostbusters. Which version do you have if you own it? Also if you know info on the novel version, I would ask for more info from that included like you did for Ray on other pages related to the movie pages. Anyways thanks for the edits. Devilmanozzy 12:25, 5 April 2009 (UTC)

I noticed that a lot of the information on the Proton Pack Animated could be better used on Proton pack (Movie version). Anyways always check for the noted "Animated" tag on a page name. That means that there should be a movie version of the page. All the Ghostbusters have 2 versions due to the recanon that happened thanks to Ghostbusters II vs The Real Ghostbusters. Devilmanozzy 08:23, 8 April 2009 (UTC)

About the Sandman And Stay Puft

"In this context it's possible that the Sandman might have perceived himself to be a hero."....So True! That's what makes the Sandman such an interesting Character. He isn't really evil, maybe Crazy but anyways.

Also about the gozer and Stay Puft thing... Yeah thats one of the worst parts about Stay Puft, he should not be there at all by all accounts. He was blown Skyhigh and everywhere. The only logic I can come up with, is maybe his essence was later caught and then went back to normal size in the containment unit. In Cry Uncle he is released and all that came out was a thing that looked like a doll sized version of him. Anyways, Thats only theories I came up with. I thought about posting them on the page, but its not ever stated in the show itself. Devilmanozzy 09:00, 8 April 2009 (UTC)

I just look at it as Mr. Stay-Puft simply being a popular choice. Ghosts generally aren't shown to be that smart or creative, so it's likely some sort of "Me too"-ism is at play. A big time demon like Gozer does it so naturally lesser ghosts want to be like it.

I thought it was spade's catalog. I'll look it up, and screencap the result to deal with this. After all seems like theres a disagreement here and some proof will come in handy. Devilmanozzy (Talk Page) 02:08, December 21, 2009 (UTC)

I have opened a very important Forum Discussion on this topic, and I badly need input by all who add content to this wiki about it. Thank you! Devilmanozzy (Talk Page) 00:33, March 12, 2010 (UTC)

Doug, on your recent edit of Peter Venkman/Animated, you added in a line about his time in the Wild West from Displaced Aggression and from the West End RPG. The former is already covered in the other Peter Venkman article and this RPG one should be in it, too, so I'll move it there so I deleted those two from the Animated article. Just letting you know. Mrmichaelt 07:52, October 15, 2011 (UTC)

Hey, I was trying to consolidate some articles in Winston (Mive) to avoid repitition and I inadvertantly deleted the trivia about his siblings. Could you go put that bit back? Sorry. My bad.

I see issues with the deleted trivia it seems too. Some things are needed references in what you added too.  Devilmanozzy (Talk Page)  00:01, May 16, 2012 (UTC)

Well if you want to completely revert it, I dont suppose I have any reasons or rights to object. Do what you must.

I completely reverted it. I think we should actively discuss any future changes in Winston's Talk Page. I started a Military Background topic for any future discussion. Mrmichaelt 03:00, May 16, 2012 (UTC)

About Kenny and IDW Canon

Both Erik and Dan have in the past interviews made it clear that officially only The movies, and the "parts" of the video game are canon. The RGB and EGB are not canon. However, like other franchise canons they did reintroduce characters. Kylie has been added to the series, but since her backstory is different, she is also a different person. Dan has noted many times that he may base a incidental character on a Non-Canon character. This has been common practice throughout the comic series since IDW Publishing Comics- What in Samhain Just Happened?!. So no, Kenny is not canon in the comic book.  Devilmanozzy (Talk Page)  09:56, January 16, 2013 (UTC)

Doug, I rolled back the trivia because it has no place in the Egon/Animated article. It's in the main Egon article's trivia already.Mrmichaelt (talk) 23:24, November 15, 2018 (UTC)

Rolledback "stepfather" edit because that gets a bit too speculative. We have no verification or references revealing who the game creators planned for her parents to be. Based on the novel, based on Earth Day, or if they had a new idea they thought of themselves. I stopped short in my edit for that reason. Mrmichaelt (talk) 05:29, March 9, 2020 (UTC)

Retrieved from "https://ghostbusters.fandom.com/wiki/User_talk:Doug_Exeter?oldid=181068"
Community content is available under CC-BY-SA unless otherwise noted.